Discover the history of the Nazi occupation of Prague with this fascinating free tour. We'll immerse ourselves in Prague's darkest period of history, which lasted from September 1938 till May 1945. 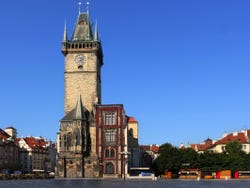 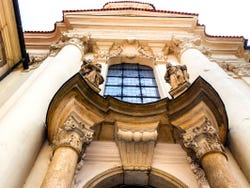 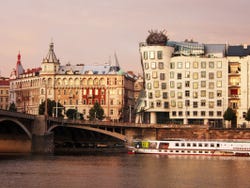 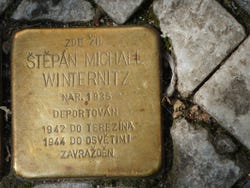 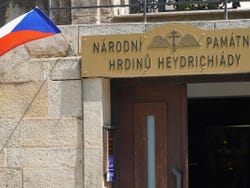 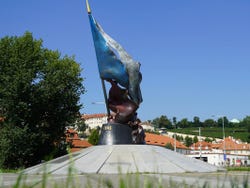 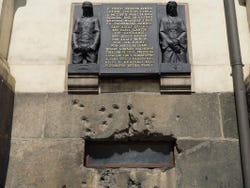 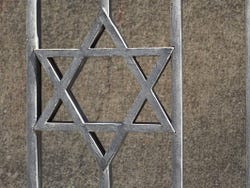 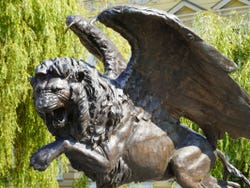 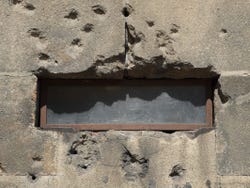 Taking you on a Second World War tour is a way of paying tribute to our great grandfathers and great grandmothers that lived in Czechoslovakia during the time of Nazi occupation. We want to share their stories and memories with you as well as the true terror of what Prague and Czechoslovakia had to go through during the period of WWII. For us, this tour is a mission of passing the knowledge about this crucial period and we hope you'll join us.

During our free tour, we'll cover the two most significant periods in the 20th century for the Czech Republic, which was known back then as Czechoslovakia. You'll visit the most important sights connected to the World War II years, such as the Memorial of Heroes of the Heydrichs Terror and the Old Town Hall. In addition, we'll take you to landmarks from the Communist period, which saw significant events such as the Invasion of 1968 and the Velvet Revolution take place.

At 10 am, we'll meet you in front of the Malostranská metro exit. For two and a half hours, the professional guide will help us to discover buildings and monuments that have a dark history and yet stand as a testimony to what must never be forgotten.

We'll start by strolling along the banks of the Vltava River as we hear all about the origins of the conflict between Czechs and Germans which dates back to the First World War. We'll learn why the Nazis wanted to invade Czechoslovakia and we'll see iconic landmarks such as the Maisel Synagogue and the Dancing House which was criticized for breaking with the aesthetics of Prague but has become a must-see in the city.

Inside the Church of Saints Cyril and Methodius, we'll discover how Operation Anthropoid was conceived: a secret mission to assassinate the Nazi officer Reinhard Heydrich. We'll descend into the crypt of this church to find out the details of the operation.

Along the way, we'll also see other important memorials to Prague's dark chapter in history, such as Prague Uprising Plaque, the Rudolfinum, the Winged Lion Memorial, and Hlávkova College.

We'll observe the facade of the magnificent Neogothic Wing of the Old Town Hall before closing the chapter of World War II and the history of Nazism in Prague. We'll arrive once more at the Church of Saints Cyril and Methodius, where our fantastic free tour finishes at 12:30 pm.

Our groups are a maximum of 20 people per tour guide. That way you can hear your guide well, see more things on the way, and have more opportunities to ask questions. We truly believe that it is the most comfortable number of people in one group as opposed to 45 people, which is the upper limit around Prague.

Free tours do not have a fixed price, rather each person offers the guide the amount they consider appropriate, depending on their level of satisfaction.

Please check local restrictions before traveling. All of our services comply with recommendations to avoid the spread of Covid-19. Show more

Tours or activities will not consist of more than 25 people per group.

English speaking guide specialized in the history of Prague.

30 minute tram ticket to get to the Dancing House and the Church of Saints Cyril and Methodius.

You can book up until 1 hour before the activity as long as there are still places. Book now to guarantee your spot.

If you are not able to attend the tour, please cancel your reservation, otherwise the guide will be waiting for you.

Really interesting tour discovering unexpected events and showing particulars that we would have not been able to find alone. I can only recommend this kind of experience. The tourist guide was very passionate.

Superb tour of Prague with Jacuk, a very good guide with precise explanations, a lot of humor and passion. Thank you to him for his attention to us (french people). I recommend this activity. Opinion translated. Show original.

I travelled by myself
Show all the reviews
like

9.30 / 10 43 reviews
Experience this surreal show with the Anthology: The Best of Black Light Theatre in the Srnec, the first black light theatre in the world.
US$ 27.20
Book
like