During the second half of the eleventh century and the first half of the twelfth century, the fort was occupied by the Přemyslids dynasty and it was remodelled as a castle and church.

According to local legends, Princess Libussa married a ploughman and they both founded the Přemyslids dynasty and the city of Prague in Vyšehrad. However, research shows that the Prague Castle was built before Vyšehrad.

This part of Prague is the least visited by tourists since most travel guides don’t even mention it. Nevertheless, we believe Vyšehrad to be an interesting and beautiful historic site.

These are the best places to visit in Vyšehrad:

Is it worth visiting Vyšehrad?

Although this visit isn’t essential, we recommend visiting this site if you’re in Prague for a few days, as it’s a great place to relax and to get away from the crowds of tourists. Exploring Vyšehrad will take you approximately an hour. 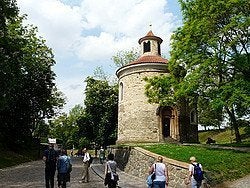 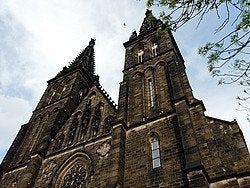 To the south of the New City

We recommend visiting Vyšehrad early in the morning or just after lunch.