In the beginning, one community settled in the surroundings of the Old New Synagogue and the other was rooted near the Spanish Synagogue.

The name Josefov is a tribute of the Jews to Joseph II, the ruler who integrated this community into the Czech society. During the sixteenth and seventeenth century, and due to the accusations of the Christians, all Jews were made to wear a yellow piece of clothing to distinguish them from the rest of the population.

The Josefov district was made part of Prague in 1850, and at the end of the nineteenth century, authorities restored the area completely, maintaining the synagogues, the cemetery and the town hall. 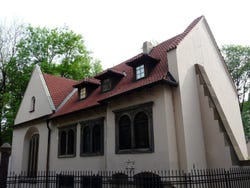 Synagogue in the Jewish quarter 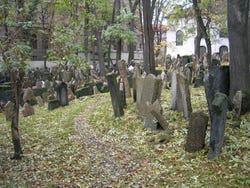 Between the Old Town Square and Vltava River