Wenceslas Square looks more like a boulevard than a square. It is a very long rectangle measuring 2460 ft (750 meters) in length by 196 ft (60 meters) in width. The buildings that surround the square are mostly hotels, restaurants, bars and boutiques.

Its most famous building is the Prague National Museum, which was opened to the public in 1890.

Nowadays, Wenceslas Square is a popular area for tourists to find accommodation. This is due to its great location in the heart of the New Town (Staré Město), its rich historic and cultural past, and its numerous bars, restaurants and shops.

In addition, if you would like to discover the city’s nightlife, we recommend going out in Wenceslas Square, which is renowned for its bars and clubs.

Prague’s three metro lines stop in Wenceslas Square, either at Mustek or Muzeum, making this square one of the easiest to get to and from. 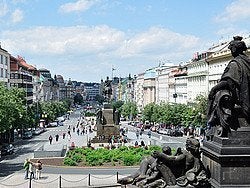 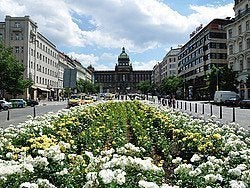 Heart of the New Town

No rating yet
US$ 15.70
show all the activities