Popularly known as The City of Silver, Kutná Hora is a fascinating thirteenth-century mining town in the region of Bohemia. Set off on a half-day trip from Prague to this UNESCO-listed city accompanied by an English-speaking guide. 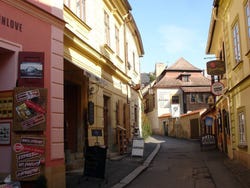 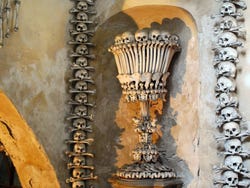 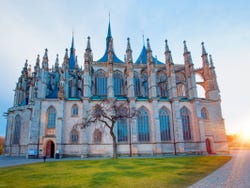 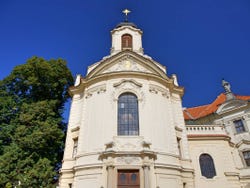 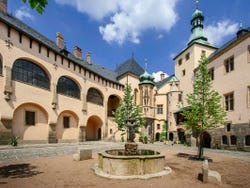 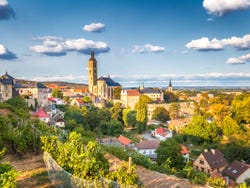 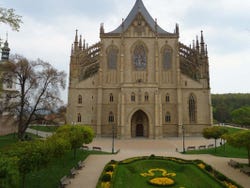 After meeting in Prague city centre, we'll set off by bus to Kutná Hora, located around an hour’s drive away from the capital of the Czech Republic.

Throughout our tour, we'll visit the most important monuments in the historic centre, including the Cathedral of St Barbara and Vlašský dvůr, also known as the Italian Court, home to the former Central Mint of Prague. This complex includes the Royal Audience Hall where Vladislav Jagiello was elected the King of Bohemia in 1471.

The highlight of the excursion is the visit the Sedlec Ossuary, a small Roman Catholic chapel dating from the 14th century decorated with 40,000 human skeletons.

Amongst the other historical landmarks we'll get to explore are the Stone Fountain, the Church of St. James, Hradek Castle, the Plague Column and the Jesuit College.

At the end of a fascinating six-hour trip learning all about this important Czech Republic town, we'll head back to Prague, where you'll be dropped off in the city centre.

All of our providers comply with local legislation and applicable health recommendations to avoid the spread of Covid-19.

Entry to Cathedral of St Barbara.

You can book up until 24 hours before the activity as long as there are still places. Book now to guarantee your spot.

Wheelchair accessible. This must be indicated in the reservation. An accompanying person is required.

US$ 43.90
No hidden fees or surcharges
Free cancellation up to 24 hours before the service starts
Book