Set off on a half-day guided tour from Prague to Terezín Memorial, once one of the most important Nazi German concentration camps in World War II and learn about one of the saddest historical events to take place.

The mission of the Terezín Memorial is to commemorate all the World War II victims of political and racial persecution in the Czech Republic. 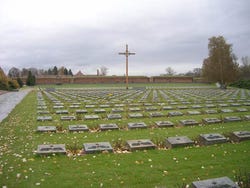 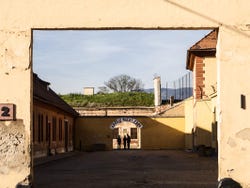 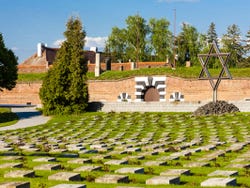 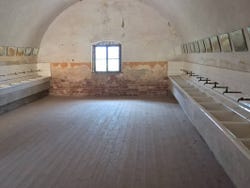 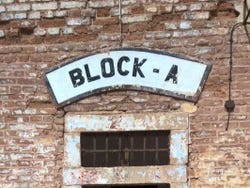 An hour away from Prague city center lies the Terezín Memorial, on the grounds of the concentration camp established by the Nazi regime in 1941. It was here that Jews from Czechoslovakia, Germany and Austria, as well as musicians, composers, architects, and more were sent before the extermination camps such as Auschwitz.

This former fortress became one of the grisliest scenes of the Second World War in the modern-day Czech Republic. A living town, based around the fortress built in the late 18th century, the Terezin tour will introduce you to its inhabitants as we visit historical sites, cemeteries, and more.

Learn about the history of the fort and its use under Nazi occupation, as you visit the crematorium and the morgue accompanied by your knowledgeable English-speaking guide. Find out how thousands of prisoners were kept for months or years in the camp before being sent to extermination camps, the terrifying stories of people who survived the Holocaust, and its final liberation.

After an extensive tour of the main areas of Terezín, including the columbarium and the Small Synagogue, you will return to the historic center of Prague, ending the excursion after 6 hours.

All of our providers comply with local legislation and applicable health recommendations regarding protective material and safety to help avoid the spread of Covid-19.

The tour is exclusively in English.

Book as soon as possible to guarantee availability, especially during public holidays and festivities.

If there are still places available, you can book until the previous day (local time in Prague).

We will send you a voucher that you can show on your phone to take part in the activity.

If you still have more questions, check out our section on frequently asked questions. If you need help to book an activity or have any enquiries, please contact us.

No (not advisable for people with reduced mobility).

US$ 44.70
No hidden fees or surcharges
Free cancellation up to 24 hours before the service starts
Book

The tour guide was very good. Gave a lot of information

Our guide was personable and knowledgeable. She gave great insight into the sites and the culture of the region. Her personal anecdotes gave added interest and the sites themselves were thoroughly worthwhile visiting.

Our tour guide anitta was very nice The tour is a good way to learn about the history. I recommend booking a tour to terezin.

Great tour, and the tour guide was very informative.

I travelled by myself
Show all the reviews
like Free

9.30 / 10 869 reviews
Your first time in Prague? Get to know the principal sights of "the city of a hundred spires" with this free walking tour of the Czech capital.
Free!
Book
like

8.60 / 10 223 reviews
Enjoy a spectacular night in an underground tavern in Prague: you'll eat a delicious dinner and take part in a medieval show. An unforgettable night!
US$ 56.50
Book